Cervical (pre)cancer screening with HPV DNA testing in Ghana: where are we coming from and where are we headed? (2)

In 2011, while I was studying Gynaecologic Oncology in Berlin, Germany, I discussed my idea of cervical precancer screening in Ghana using low cost HPV DNA testing and in the communities using the Community Health Nurses, with a German Researcher. He was impressed. I came back to Ghana in November 2011. He responded by leading the writing for a grant for a project on this. 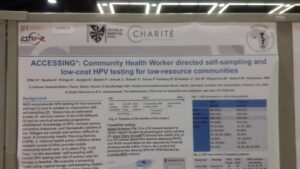 It was a very successful project. He even sent a PhD student of his (and later two other students of his) to work with us to do more. I presented this as lead author at the 29th International Papillomavirus Conference in Seattle, USA in August 2014.

Then interesting things began to happen. By the time our work was getting ready for publication in peer-reviewed journals, the same concept I brought up which I had presented as lead author in conferences, the researcher’s student was lead author, the researcher was senior author…

I protested. What happened next was not nice. Eventually I left the partnership. Every cloud has a silver lining. We decided to do things our own way, using our own resources. That gave birth to the Cervical Cancer Prevention and Training Centre (CCPTC) in Catholic Hospital, Battor. 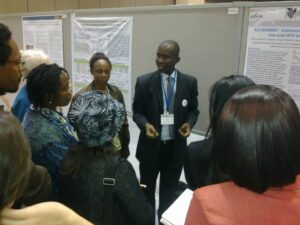 It has been a long journey. Many did not believe in the concept in the beginning.
Now many are convinced that the community-based approach to cervical cancer prevention is the way to go. 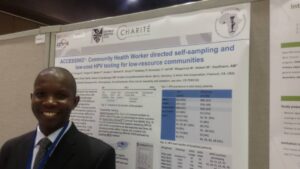 Cervical (pre)cancer screening with HPV DNA testing in Ghana: where are we coming from and where are we headed?

Operating on Jehovah’s Witnesses – the joys and challenges

Bottlenecks in cervical cancer prevention in Ghana: unrealistic tariffs from the…